An up-to-date list of the most recent codes available across Unibet products and websites. T&Cs Apply:

Minimum deposit £10. You must wager your bonus money 3x on Lottery to make it withdrawable. 35x for Casino and Sportsbook. Bonus will expire after 30 days of opt-in. Further T&Cs apply. #AD

How To Use A Unibet Promo Code

If at any step of the process you run into difficulties there is a UK freephone number 0800 329 393 and live chat to offer support. 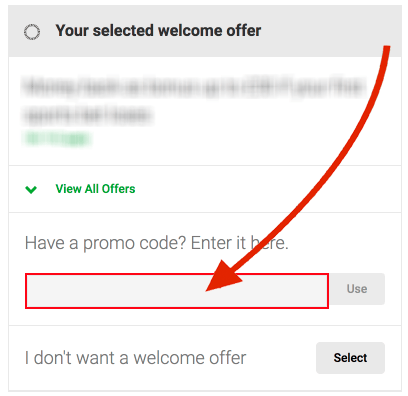 Where to enter the Unibet promo code.

Open a new account at Unibet and place a bet of up to £40. If you lose your stake will be refunded as a free bet.

To receive your bonus, you must opt in and make a deposit of at least £10. Once your first bet has been settled you will receive your bonus, if your first bet wins then the bonus has been used and you will not receive a free bet. In order to withdraw your bonus, you will need to wager the value of your bonus 3x within 30 days. If you don’t complete wagering requirements within 30 days, the bonus money and any winnings made by wagering the bonus will be removed from your account. Only bets of odds of 1.4 or higher will count towards your bonus and combined Live and pre-match bets do not contribute towards the bonus wagering.

The welcome offer is valid for UK residents aged over 18 and only one bonus is available per household.

The following Unibet apps are available from the iOS mobile app store. Offers and promotional codes can be used within each app during registration.

Why Join With Unibet?

Can I have more than one account with Unibet?

No. You can only open one account per person with Unibet. It is possible for there to be more than one account registered to a single household if more than one person living there has a personal account, but the bonuses and offers available to them may be restricted.

Can I have more than one bonus at a time with Unibet?

The bonuses available to you will be visible in the My Bonuses section of your Unibet account. You can only have 1 active bonus at a time and if you opt to accept a new bonus you will lose your existing bonus including all progression and any bonus money associated with it.

Can I withdraw my Unibet bonus?

Bonus funds cannot be withdrawn from your Unibet account. You will need to complete the wagering requirements before the bonus expires, and remaining funds will then be transferred to your main balance and can then be withdrawn.

Is there a minimum withdrawal amount at Unibet? 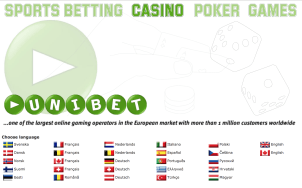 Unibet are one of the oldest online operators, it was founded by Anders Ström in 1997 with the aim of helping other players make more informed bets. Their motto is “By Players, For Players” and they remain committed to providing the broadest sports betting offer available, including niche sports & fixtures and sharing their knowledge and insights to help customers to make informed bets.

Unibet launched its first online website in 1999, a live betting service in 2003 and introduced a mobile site in 2004. They are part of the Kindred Group, an online operator which consists of 13 brands including Stan James, 32Red and iGame.

Based in Malta, Unibet has 9.5 million customers in over 100 countries and over 650 employees. They are sponsors of several major clubs and events including Warwickshire CCC, The Investec Derby horse racing festival and the #RoadToCheltenham series of races and several Darts events with the collaboration with the PDC. For the 2017-18 season they are also Principal Partner of Aston Villa Football Club and the Club's official shirt partner.

Get Your £40 Welcome Offer Today