Each promo code offer is activated by finding its landing page at coral.com and following the links to sign up. Some offers can be found easily by browsing the Coral website, but others are more difficult. Below is a list of bonus codes that have been confirmed valid. We've searched everywhere and below is the complete list. T&Cs Apply, 18+:

18+. Bonus must be accepted with 48 hours, has 40 x wagering reqs (certain games only) and is valid for 30 days. Paypal and certain deposit methods excluded. Bets covering >70% of Roulette table don't count to wagering. T&C's apply.

18+ New customers only. Certain deposit types excluded. Deposit and spend min £10 on Bingo. £40 Bonus credited upon completion of games. Bonus to be played on Bingo only, 4 x wagering and valid for 14 days. Country restrictions. T&Cs apply.

How To Use A Coral Promo Code

Need further help or have any questions? Use the live chat, call Coral on their UK freephone number 0800 44 00 11 or email help@coral.co.uk. 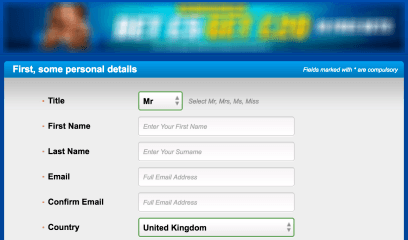 How to qualify for a Coral promotion.

Offers and Coral codes can be changed or withdrawn at any time so it's always best to check direct with the operator before continuing. Follow the respective links to read the full terms and conditions for each promotion. T&Cs apply, 18+.

Coral Sport customers can get a free bet up to £10 if their horse finishes in any position a length or less behind the winner.

Collect Match Day stamps when you bet on Euro 2020 and get a £5 free bet for every 3 stamps.

Get Multipliers up to 25,000x on new Game Show Crazy Time.

Climb the leaderboard to win a share of $60K in Tournament Tickets with Legend of the Week.

To claim this Sports Promotion, you must register a new account and the first bet on your account must be a Qualifying Bet/s. The Qualifying bet/s will be made of a real money sports bet of at least £10 win or £10 each-way at fractional odds totalling 1/2 or greater. Once you have placed your first Qualifying Bet, Coral will credit your account with 3 x £10 free bets. Your free bet must be used within 7 days of it being credited to your account, otherwise it will expire. Please note that the value of your free bet will not be included in any winnings.

The following offers are available to new customers that download and install one of the mobile apps. The best offer is currently the exclusive £400 bonus only accessible from within the new Vegas App.

What types of bonus does Coral offer?
There are several different types of bonus available from Coral. The main types are:
How can I claim a bonus with Coral?
Bonus codes change regularly and are available to new customers when they enter a valid bonus code on sign up. You may also be offered the opportunity to claim a bonus when you log into the Coral site by clicking “claim bonus” on a pop up message. If you chose to decline a bonus offered in this way it will no longer be available to you.
What if my bonus code does not work?
First check that you have fulfilled the wagering requirements of your bonus, and that all qualifying bets have been settled. If you believe you have met the requirements and your bonus still has not been released then contact Coral Customer Services for further help.
What is the difference between a bonus and a free bet?
Free bets are an amount credited to your account that can only be used for sports betting and must be used all on one bet, without being split. They have no wagering requirements, but the free bet value is not included in any winnings.

Coral Bookmakers was founded in 1926 by Polish immigrant Joe Coral. Joe left school at 14 and took a side job as a runner for a number of bookmakers. In 1926 he borrowed money from a friend to launch his own bookmaking business.

Coral opened one of the first UK High Street betting shops in 1961 and by the following year owned 23 shops across the country. By 1977 Coral was one of the 4 biggest bookmakers in the UK.

Bass brewing company acquired Coral in 1981. By that time it ran over 650 betting shops as well as 2 greyhound stadiums and a number of holiday camps, social clubs, casinos and hotels.

After Joe Coral’s death in 1996 Coral changed hands several times. After having their merger vetoed by the Monopolies & Mergers commission in 1997, the sale of 360 betting shops across the UK, allowed a deal between Coral and Ladbrokes to go ahead in November 2016.

They were an early adopter of online gambling and in 2011 signed a deal with Playtech to provide online betting and an integrated wallet, making it easier for them to cross sell other brands within the group, including Gala Bingo. Their online offerings include in-play betting, online poker, casino, slot machines and bingo.

Coral have been long time sponsors of a number of horse racing events. Including the Welsh Grand National since 1973 and the Coral Cup at the Cheltenham Festival since 1974.