Below is an up-to-date list of the most recent MansionBet bonus codes for: sport, casino and vegas. All offers have been tested and verified working by aceodds.com staff.

New customers only. Min deposit £10. Bet £10 at odds of evens (2.0) or greater. Multiple bets with cumulative odds of evens (2.0) count, each leg must have odds of 1/5 (1.2) to be eligible. Each way bets are eligible to qualify for this promotion as a £10 each way (total bet £20) at odds of evens (2.0) or greater.Upon qualifying bet settlement, 1x £10 Free Bet will be credited to your account. Once the first £10 Free Bet has been used and settled, a further £10 Free Bet will be applied to your account. Free Bet stake not returned after bet settlement. Free Bets can’t be redeemed for each way Betting. No wagering requirements. Valid for 7 days, each Free Bet must be used in its entirety.

How To Use A Mansionbet Bonus Code

Need further help or have any questions? Use the free live chat (click icon on the right), call Mansionbet on their UK number 0800 279 2688 or email support@mansionbet.com. 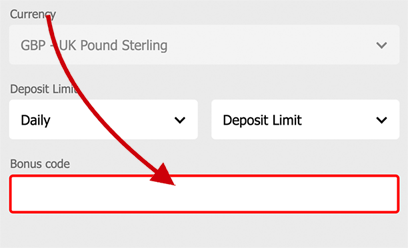 How to use a MansionBet Bonus Code

Offers and MansionBet codes can be changed or withdrawn at any time so it's always best to check direct with the operator before continuing. Follow the respective links to read the full terms and conditions for each promotion. T&Cs apply, 18+.

Get up to £25 back as a Free Bet if your selection is Beaten by a Head or less.

Get the Best Price on First Goalscorers at Euro 2020.

Get the Best Price Guaranteed on Home Nations to win at Euro 2020.

Get a boost on your ACCA winnings when you make 4 selections or more.

Get Best Odds on all Uk and Irish Horse Racing.

Get 50% cashback up to £10 on all live casino games every weekend.

MansionBet Bonus Codes 2021 How To Use A Mansionbet Bonus Code
MansionBet Offers Bet £10 Get £20 Key Terms£20 Free Bet Usage Examples
Should You Open an Account With MansionBet?Company OverviewMansionbet Reviews

When considering signing up with a bookmaker you should consider the pros and cons. We've listed some of the Mansionbet pro and cons below.

MansionBet is part of the Mansion Group, originally founded as MansionPoker and MansionCasino in 2003 by private investors in Gibraltar. The MansionBet brand is the latest offering launched in 2018 providing a full sportsbook suite and casino games from a selection of leading providers.

In 2018 MansionBet also began sponsoring UK Horse racing, starting with two high-profile races at the Dante Festival and then another 38 UK race meetings between December 2018 and 2019.

MansionBet are also strong supporters of UK Boxing, sponsoring George Groves in his fight with Chris Eubank Jr., Lee Selby in his fight against Josh Warrington, and Dillian Whyte in his defence of the WBC Silver Heavyweight Title against Lucas Browne. In 2018 MansionBet became the headline sponsor of Ultimate Boxxer II, a tournament dedicated to highlighting up-and-coming UK boxing talent, A sponsorship which will continue for the next two tournaments and with the sponsorship of world-class boxers Anthony Fowler and Jordan Gill.

Mansion won Best Customer Service Company of the year in 2020 and Online Casino Operator of the Year in 2018 at the International Gaming Awards.