Click a match link to go direct to Bet365 and place a bet. The betting slip will populate automatically.

Don't forget to use the Bet365 bonus code if you are a new customer and intend to sign up.

The 16th UEFA European Football Championship was scheduled to take place from the 12th June to the 12th July 2020. On 17 March 2020, UEFA announced that the tournament would be delayed by a year due to the 2020 coronavirus pandemic in Europe and is now due to take place from 11 June to 11 July 2021. The tournament is scheduled to take place in 12 cities across 12 UEFA countries. As well as celebrating the 60th “birthday” of the competition this decision removes some financial pressure in hosting such a large tournament; the format has expanded from 31 matches featuring 16 nations to 51 featuring 24. This format also means that for the first time no team has automatically qualified for the competition as the host country.

The Stadio Olimpico in Rome will host the opening game, where hosts Italy will play Turkey. The Semi-Finals and Finals will be played at Wembley Stadium in London, having the largest capacity of any of the stadiums hosting.

20 of the 24 Championship spots were decided by the main qualifying process which took place from March to November 2019. The last 4 spots are chosen from the UEFA Nations League. Four teams from each division that have not already qualified for the Euro finals will compete in the play-offs for each division, originally scheduled for March 2020, these matches will now be played in the international window at the start of June, subject to a review of the situation. The winners of the play-offs for each division are scheduled to join the 20 teams that have already qualified for the Euro finals.

About 70% of the sports betting industry is estimated to come from betting on Football, and the UEFA European Championship is arguably the most prestigious international tournament after the FIFA World Cup. This makes it a major event in the betting calendar.

As well as betting on the tournament outright winner and on individual games throughout the tournament there are many other popular betting opportunities to take advantage of. Bets can be placed on which teams will reach the Finals and the winners of each group in the initial stages.

Throughout the tournament bets can be placed on the final score of individual matches, top goal scorers and even what players will be on individual squads.

The UEFA European Football Championship has been held 15 times since its inception (as the European Nations’ Cup) in 1960 and has been won by 10 National teams. Germany and Spain have won three titles each, France has two titles, and Soviet Union, Italy, Czechoslovakia, Netherlands, Denmark, Greece and Portugal have won one title each. Spain is the only team in history to have won consecutive titles, doing so in 2008 and 2012.

The hosting country have won the tournament on just 3 occasions, Spain in 1964, Italy in 1968 and France in 1984. The only occasion when the host country has reached the final and not gone on to win the tournament is the most recent 2016 tournament when Portugal beat hosts France 1-0 in extra time in the final. 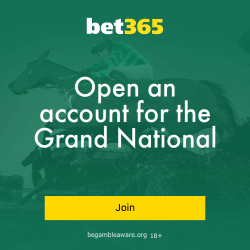